Three things should be noted when it comes to names and publications, as practices vary between fields and I’m a bit of a special case. First, I changed my first name at the end of 2019, hence the discrepancy between some databases. I now sign everything as Enka Blanchard ( Enka’s FAQ). I decided to indicate Enka on all the bibtex files here (if you are not used to bibtex and want APA or Chicago, I strongly recommend citation.js which is a very useful converter).

Second, nearly all the papers shown use alphabetical author ordering, with the generally accurate assumption that every author contributed similarly, as is standard practice in many mathematical fields. I tend to use such rules when I create transdisciplinary projects. Two notable exceptions are the paper with Makowsky and Ravve, where I contributed less, and papers in planetary science, where I follow the practice of my partner L. Gabasova as they’re the drive behind the projects.

Third, practices of journals versus conferences vary a lot between fields and, although everything shown as published here is peer-reviewed, standards vary wildly. Conference papers in planetology do not tend to “count” career-wise, whereas conferences can be harder to get into than journals in computer science. Trying to make sense of productivity by counting either first-author papers or just the total number of papers is then a biased process (in my favour generally). 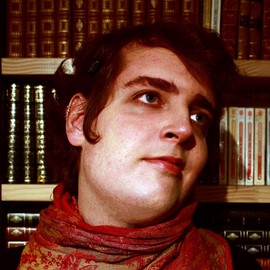